Skip to main content
This publication is in Dutch, there is no English translation!
March 18, 2019 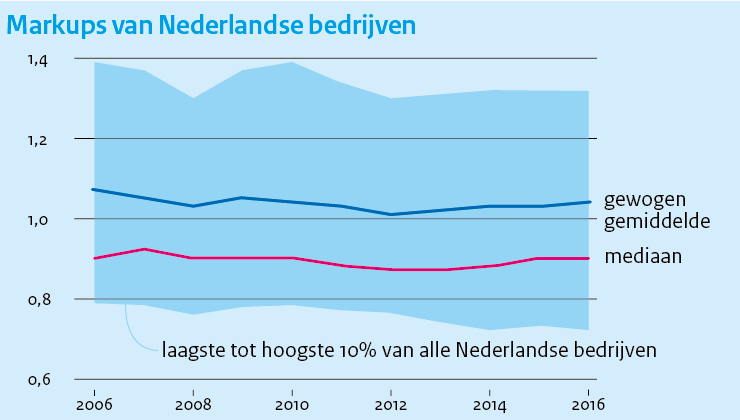 Estimating Markups in the Netherlands

In this study we analyse the dynamics of firm markups at a national level in the Netherlands. This document is a technical report that describes the literature review, data, methodology and results used in Meijerink et al. (2019) but also elaborates and extends the analysis. 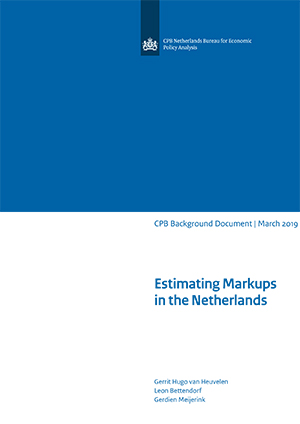 In this report our attention turns to markups. An expanding body of studies estimates firm-level markups, defined as the ratio of output price over its marginal cost. Although the timing of the increase differs, most studies report a sharp increase in the average markup in the US and Europe (including the Netherlands), which is driven by firms located at the top of the markup distribution (i.e. De Loecker and Eeckhout, 2017, 2018; Calligaris et al., 2018; Diez et al., 2018). Since this increase is interpreted as an indication of the lack of competition between firms, it has sparked a discussion on the possible need for policy intervention.  Furthermore, the increase in markup is associated with a number of other trends, like the fall in the labour income share (De Loecker and Eeckhout, 2017; Autor et al., 2017b), underinvestment (Gutiérrez and Philippon, 2017a) and the growing share of intangibles (Haskel and Westlake, 2017).

The recent slowdown in productivity in the US has been linked to decreasing competition (De Loecker and Eeckhout, 2017), which may also apply to the Netherlands. Therefore, this paper assesses changes in the competitive environment of firms in the Netherlands, measured by changes in the markup. Most studies focus on a sample of very large firms (i.e. publicly traded firms). Smaller, often private firms are usually excluded due to data limitations. We use a large representative firm-level dataset to explore the development of markups in the years 2006-2016. Unlike other studies, we are able to study the development of markups of smaller firms. We closely follow the production function approach proposed by De Loecker and Warzynski (2012). This approach derives firm-level markups from the first-order condition that determines the cost minimizing level of a flexible input.

We derive the following main results. First, we show that the average (weighted) markup in the Netherlands has not risen over 11 years. We do find some evidence that markups are mainly increased by firms located at the upper end of the markup distribution. However, this increase is far below the magnitude found in other papers and is not driven by large firms. Second, average markups are estimated to be higher in service sectors than in manufacturing sectors. In addition, the dispersion is greater within service sectors, indicating greater markup heterogeneity between firms. Third, we find that large and small firms within a sector produce differently. The separate estimation of markups for each size group leads to higher (lower) markup levels for larger (smaller) firms. Finally, we use different setups to check the sensitivity of our results to methodological choices. We find that the main results are robust.

The rest of the paper is organized as follows. The next section discusses the relevant literature. Section 3 discusses the data and the construction of the variables. Section 4 describes the applied methodology. Finally 5 provides empirical results and discusses the implications.