Press release
Companies, generally, are not very responsive to tax incentives that reduce the costs of research and development (R&D). A 10% reduction in the costs of R&D as a result of tax benefits, on average, only leads to an increase in companies’ R&D expenditure of 2%. 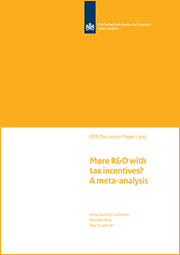 The ultimate impact of such tax incentives on the economy, therefore, largely depends on the societal benefits of the research financed from the additional 2% in expenditure. This is concluded by CPB researchers Elina Ladinska-Gaillard, Mariëlle Non and Bas Straathof in a survey of studies into the effects of tax incentives on R&D, published today.

Small and medium-sized companies do not seem to react any less or more strongly to tax incentives than do large companies, nor can any particular response be seen by the manufacturing industry – despite the fact that most R&D takes place in that sector. These findings raise the question of whether tax incentives should differ per sector or group of companies, unless there are clear differences in societal benefits.

The international literature contains widely diverging estimates of the effectiveness of R&D tax incentives. In order to uncover the reasons for these differences, the researchers performed an econometric analysis (‘meta analysis’) of the estimates reported in the international literature. For the Netherlands, evaluations of the Research & Development Tax Credit Act (WBSO) are included. The finding that films are moderately responsive to R&D tax incentives is in keeping with that from a study by CPB and partner institutes CASE, ETLA and IHS, which was conducted for the European Commission and published earlier this year. That study concluded that one euro in tax benefits would generate an increase in R&D expenditure of slightly less than one euro.

The first family (16 studies with 82 estimates by the end of 2014) estimates the elasticity between the user cost of R&D capital and private R&D expenditure (stock or flow). Correlations between R&D expenditure and the presence of an R&D tax incentive scheme are provided by the second family (9 studies with 95 estimates). For both types of studies we find strong evidence of publication bias. After correcting for this, we find that a reduction in the user cost of capital of ten percent raises stock of R&D capital by 1.3 percent and flow of R&D expenditure by 2.1 percent. For the second family we find that presence of a scheme is associated with seven percent more R&D expenditure. 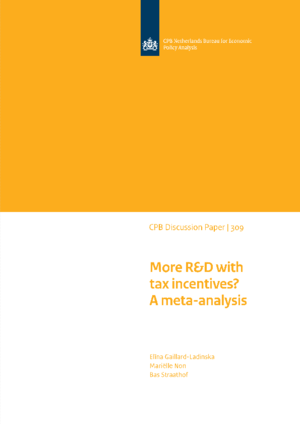 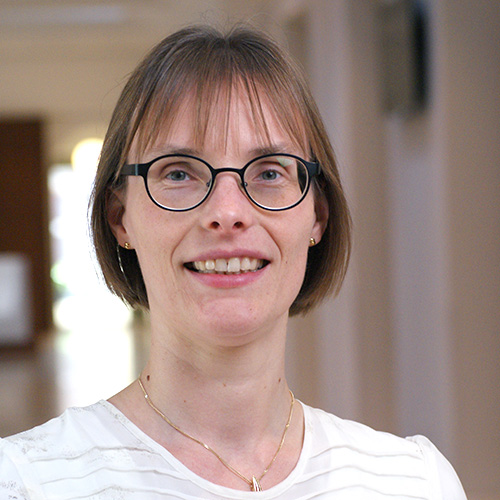