The Dutch position declines when moving to the right-hand side. At the very highest skill level, the Netherlands is not among the best of the world. This is true for both secondary education and higher education. The Dutch share of graduates from higher education is also not among the highest in the OECD. The findings on the skill distribution are robust for several skill surveys, age groups and over time. This robustness may be the result of the structure of the Dutch educational system. The findings indicate that there is scope for improvement of skills at the right-hand side of the distribution. Therefore, policies that raise the Dutch performance at high- and top skill levels in higher education or in earlier stages of education may improve Dutch productivity. Further research is needed to assess these policies. 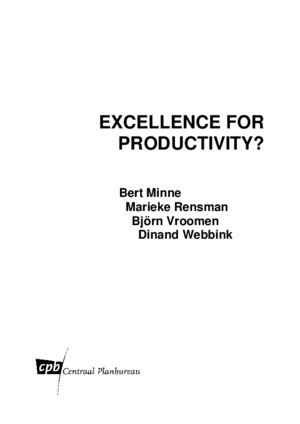