Biomass-Energy with Carbon Capture and Storage Should Be Used Immediately

Press release
The costs to the EU of achieving its climate targets could be substantially reduced if it would use negative emissions technology, such as the gasification of biomass in specially designed power plants that capture CO2 and store it underground (BECCS).
Read the complete press release

By using biomass this way, the EU’s carbon budget increases, as the CO2 originally sequestered in this biomass (trees and plants) does not re-enter the atmosphere, because it is being stored underground. To benefit from these cost savings, the European Union needs to rectify a flaw in the EU Emissions Trading System (ETS). This concludes the study Biomass-Energy with Carbon Capture and Storage Should be Used Immediately by Rob Aalbers and Johannes Bollen, published today by the CPB Netherlands Bureau for Economic Policy Analysis.  In this study, CPB looks at climate policy — and the role of biomass, in particular — from an economic perspective.

The current EU directive exempts ETS operators from the obligation to hand in emission allowances, provided they capture and store CO2 underground from fossil fuel combustion. In this way, the directive encourages the storage of CO2 from fossil fuels, but not from biomass. After all, companies that use biomass are already exempted from the ETS, because they do not emit CO2. Hence, the current EU directive does not provide an incentive for negative emissions technology.

The use of biomass in BECCS would, contrary to popular belief, lead to a decrease rather than increase in the worldwide demand for biomass. It would increase the EU’s carbon budget, which in turn would enable EU Member States to use more fossil energy while still adhering to climate and air quality objectives. This would reduce energy scarcity as well as the required amount of biomass and agricultural land, and there would be no negative impact on deforestation or food production. In order to increase public support, carbon storage could be limited to off-shore locations.

To be clear, this study does not concern the ongoing debate about the use of the current coal-fired power plants in the Netherlands.

Erratum:
In an earlier version of this Policy Brief, the presented costs of emission reduction over the 2015–2050 period were discounted with a discount rate that was too high. These costs have been corrected upwards. Therefore, the economic advantage of using BECCS is now also substantially higher. This correction has no impact on the analysis or conclusions of this report.

Surprisingly, redirecting biomass to BECCS decreases the global demand for biomass. The reason is that the use of BECCS increases the EU's carbon budget. This enables EU‐countries to use more fossil energy without having to jeopardise the overall emission reduction targets. This, in turn, lowers the price of energy in the EU, which results in lower demand for biomass and associated land‐use requirements. Thus, it also alleviates pressures on food production and forests.

The increased use of fossil fuels means that the reduction in the EU's air pollution is less substantial. However, by taking additional and relatively cheap measures, such as selective catalytic reduction, the EU member states can easily undo these unfavourable impacts on their air quality. Notice that, concerns regarding the safety of CO2 storage can be alleviated by simply prohibiting onshore storage of CO2.

Redirecting biomass to BECCS is also attractive from an economic perspective. This also holds when accounting for the extra mitigation costs to maintain air quality. Because of the extra carbon budget, more CO2 can be emitted in the non‐electricity sectors without having to jeopardise the overall emission reduction targets for 2050. And although electric driving and zero‐energy homes have positive effects in terms of both climate and air quality, we find that their large‐scale application before 2050 is much more expensive from a societal point of view.

However, in order to actually reduce climate‐policy costs, the EU needs to rectify a flaw in its Emissions Trading System (ETS), as in the current system, firms are not rewarded for their investments in negative‐emissions technology. A correction of this flaw is needed to reestablish the level‐playing field between all emission‐reducing technologies.

But, even if this flaw were to be corrected, firms would still face insufficient incentives to invest in BECCS. The issue is that BECCS changes the efficient distribution of the EU’s carbon budget between the ETS and the non‐ETS sector. More specifically, the non‐ETS carbon budget needs to be increased at the expense of the ETS carbon budget in order to establish uniform CO2 pricing across the economy. Only then will the EU be able to reduce climaterelated costs by 0.3 to 7.7 trillion (300 to 7700 billion) euros.

ERRATUM
In an earlier version of this Policy Brief, the presented costs of emission reduction over the 2015–2050 period were discounted with a discount rate that was too high. These costs have been corrected upwards. Therefore, the economic advantage of using BECCS is now also substantially higher. This correction has no impact on the analysis or conclusions of this report. 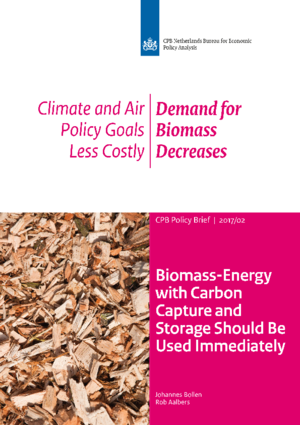 Biomass-Energy with Carbon Capture and Storage Should Be Used Immediately
Pdf, 4.4 MB
Download 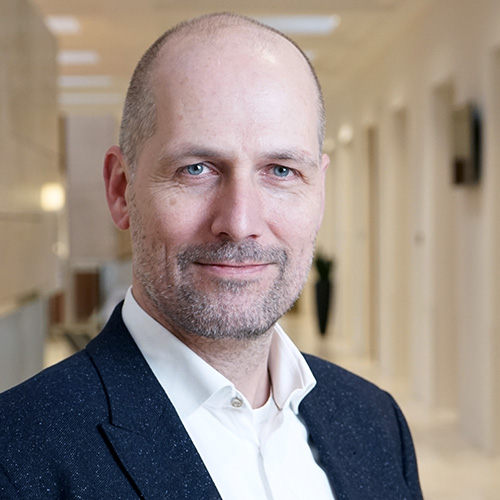