We study how the possibility of renegotiation affects optimal bail-out policies for countries under asymmetric information on a country's cost of reforms. 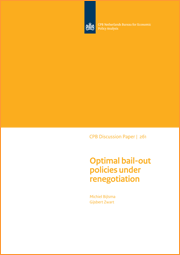 To that end, we solve the Bellman equation describing the optimal bail-out mechanism in a multiple-period principal-agent model with adverse selection and renegotiation. In each period, the agent can incrementally raise its level of reforms. The principal values these reforms and negotiates with the agent over reforms and payments. We show that the first-best efficient outcome is reached after two periods when spill-over benefits are quadratic. The principal
can use market discipline to improve the outcome. Market discipline can lower the rents the principal has to pay and speed up the renegotiation process. 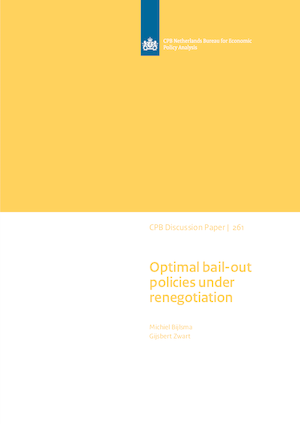