The Dutch medium-term outlook and the European budgetary rules

This Backgrounddocument makes available in English work recently published in Dutch on structural budget balances in a medium-term framework. In addition, it provides input for the current debate initiated by eight ministers of finance on the calculation of potential output. 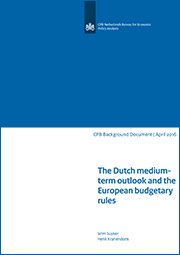 It shows the impact in the Dutch case of moving from a two-year to a four-year forecasting horizon on potential output.

GDP volume growth is projected at 1.8% per annum in the years 2018-2021. This gradual moderate upturn leads to a sluggish drop in unemployment. With oil prices no longer falling and the economic recovery continuing, inflation is picking up somewhat. The current account surplus is projected to remain substantial. 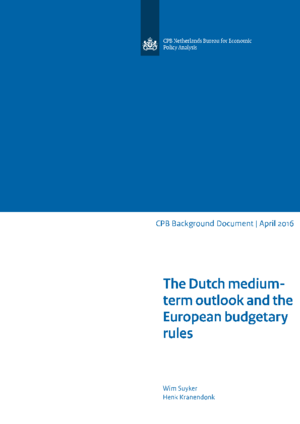