Using a structural vector autoregression with time-varying parameters, I analyze to what extent the dynamic effects of unanticipated changes in tax policy have changed structurally over the post World War II period in the United States. 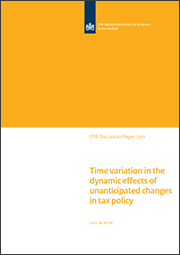