Town and city jobs: Your job is different in another location 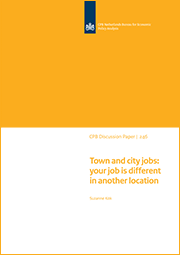