Zero returns to compulsory schooling: Is it certification or skills that matters?

This paper evaluates the effects of the raising of the minimum school leaving age (ROSLA) from 14 to 15 in the Netherlands in 1971. 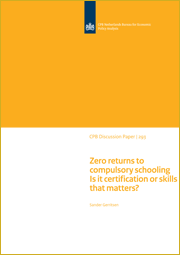 The policy goal was to increase the number of high school graduates. The analysis shows that the change led to a decrease in the high school dropout rate of approximately 20%. However, there were no benefits in terms of employment or higher wages. I investigate several explanations for this finding and present suggestive evidence in support of the skill-based explanation that no more labor-market relevant skills were learned during this extra year of school compared to those skills previously learned out of school. 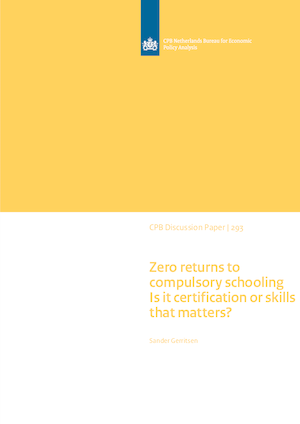 Zero returns to compulsory schooling: Is it certification or skills that matters?
Pdf, 984.5 KB
Download