The CPB World Trade Monitor shows that the volume of world trade decreased 1.2% in January 2020, having increased 0.4% in December (initial estimate 0.3%). Note: The CPB publishes a World Trade Monitor every month on behalf of the European Commission. It takes two months for the figures to become available. This monitor therefore does not show the current situation, but the situation in January. In this month, the spread of the coronavirus was still limited and the consequences of the coronavirus very uncertain. 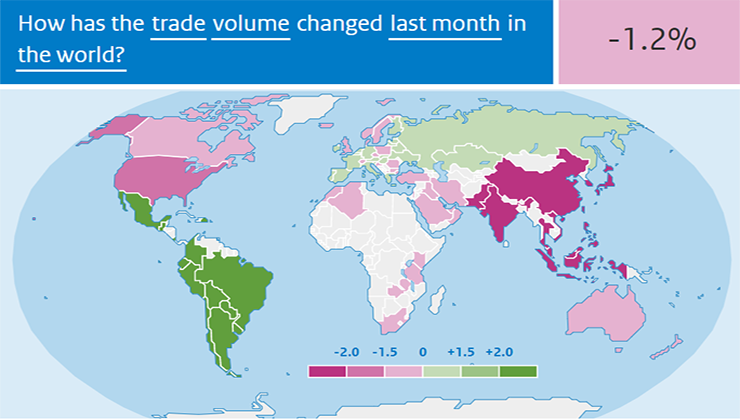