Skip to main content
This publication is in Dutch, there is no English translation!
June 2, 2020 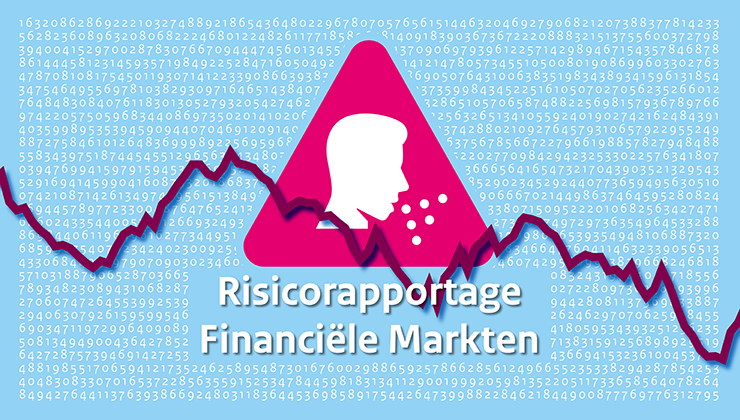 A stress test of Dutch SMEs

This background document to CPB’s Financial Stability Report provides policymakers with an initial assessment of the effects of the corona crisis on the liquidity position of Dutch SMEs and its impact on their solvency. It provides information by means of a stress test. Based on 2018 administrative data on Dutch small and medium-sized enterprises (SMEs), we simulated the decrease in turnover for individual companies, in various sectors. On average, the pre-corona financial starting position of Dutch SMEs was good; many companies were both liquid and solvent. We subsequently looked at the impact of the corona shocks on the liquidity position and analysed the liquidity needs.

The support measures announced in March and April 2020 have helped cushion corporate liquidity shocks. The stress tests also took into account tax deferrals, the Temporary Emergency Bridging Measure to Preserve Employment (NOW), the Temporary Support Scheme for Self-Employed Persons (TOZO), and the Compensation for Entrepreneurs in Affected Sectors COVID-19 (TOGS). In addition, deferrals of interest payments and repayments offered by banks to their customers have also been taken into account. 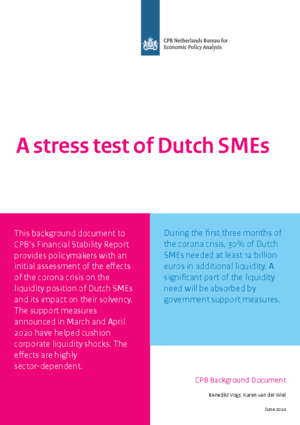 During the first three months of the corona crisis, 30% of Dutch SMEs needed at least 12 billion euros in additional liquidity. Under continuing low turnovers, within six months, this amount will increase to 30 billion euros, for almost 50% of Dutch SMEs. A significant part of the liquidity need will be absorbed by government support measures. Incidentally, the scenarios we used contain assumptions that are likely to underestimate the stress resistance of the business community.

The effects are highly sector-dependent. The greatest need for liquidity is in trade, industry, transport & storage and the hospitality industry.  There are two explanations for this effect: these sectors were hit the hardest by the lockdown measures and had the most vulnerable starting position.

The solvency of most companies remains in order, according to the results from our stress tests, but this seems to be due, in part, to our assumptions which are likely to underestimate the effects of the corona crisis. Here too, there are strong differences between sectors. According to the scenarios, hospitality, trade, culture, sports and industry are hit the hardest, in terms of solvency. In these sectors, more than 25% of companies will be in a less secure solvency position within 6 months.

The government support package will have a positive spillover effect that is, however, not taken into account in this analysis. In our stress test, the total cost of all measures for a three-month period will be around 4 billion euros. This amount, ultimately, not only increases liquidity, but will also reduce job losses. The exact number of prevented job losses is as yet unknown. That depends on the delayed impact of problems at individual companies on others. 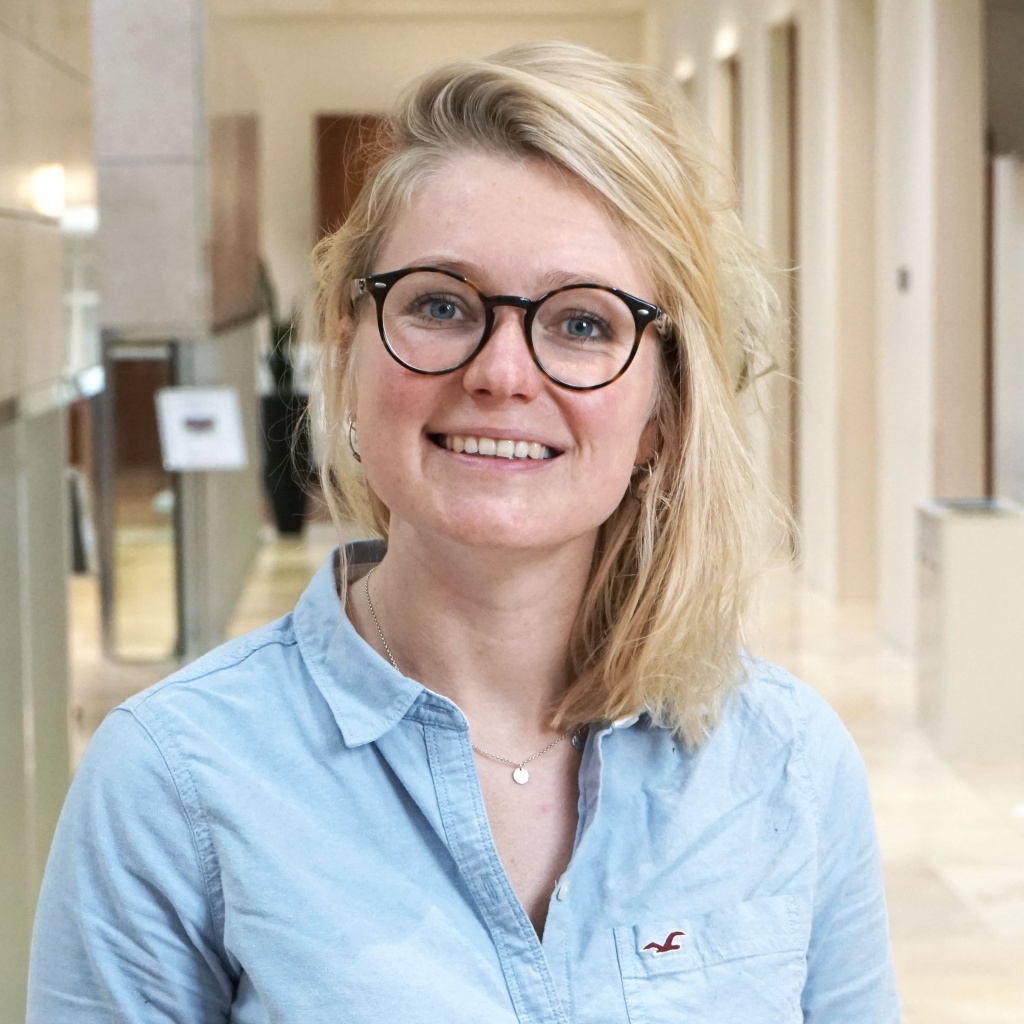 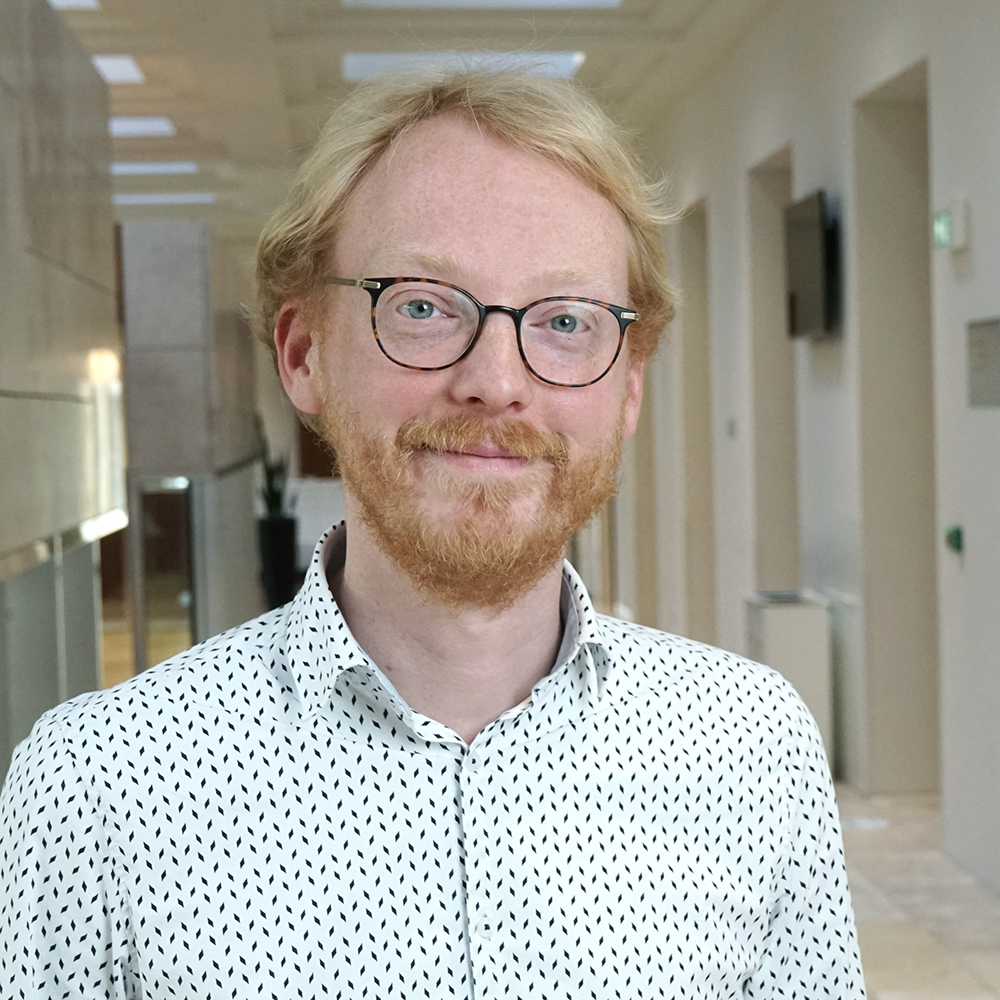