This research examines the impact of manager turnover on firm performance using information from the Dutch soccer league in the period 1986-2004. The main advantage of using sports data is that both manager characteristics and decisions and firm outcomes are directly observable. 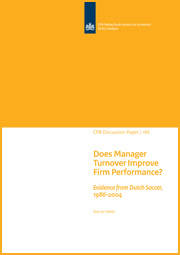 Both difference-in-difference and 2 estimates suggest no statistically significant improvements in performance after manager turnover, whereas previous research based on publicly traded firm data has found positive but very small effects of manager turnover on performance. The estimates confirm previous research using soccer data. In addition, estimates suggest that manager quality does not seem to matter in predicting turnover. These estimates are compared and contrasted with studies using publicly traded firm data and studies using soccer data.

This paper has been accepted for publication and will appear in De Economist in 2011. 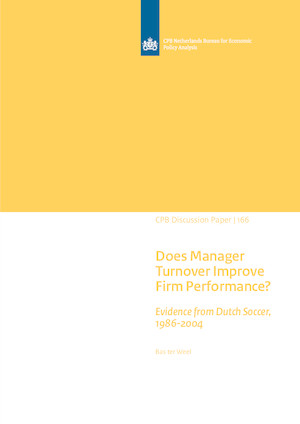