The economic effects Croatia's accession to the EU

Consumption per capita in Croatia is estimated to rise by about 2.5% as a result of accession to the internal market. In particular the textile and wearing apparel sectors expand. If Croatia succeeds in reforming its domestic institutions in response to the EU-membership, income levels in Croatia could increase even more. In particular, tentative estimates suggest that GDP per capita in Croatia could even rise by additional 8%. Overall, the macroeconomic implications for the existing EU countries are negligible. 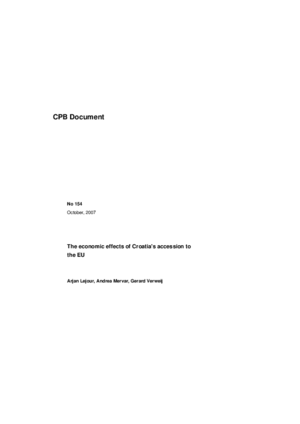