World trade volume increased 2.1% in November 2020 compared to October, following an increase of 0.7% in October and seems to be unaffected by COVID measures. With this, the world trade volume is slightly higher than at the end of 2019, pre-COVID. Import growth is mainly driven by developed economies. Although imports from China actually fell by -1.3%, Chinese exports grew with 5.6%. Export growth in Latin America (-3.6%) and the US (0.4%) are lagging behind relative to that of developed economies. After the low point in May, world trade has grown continuously. 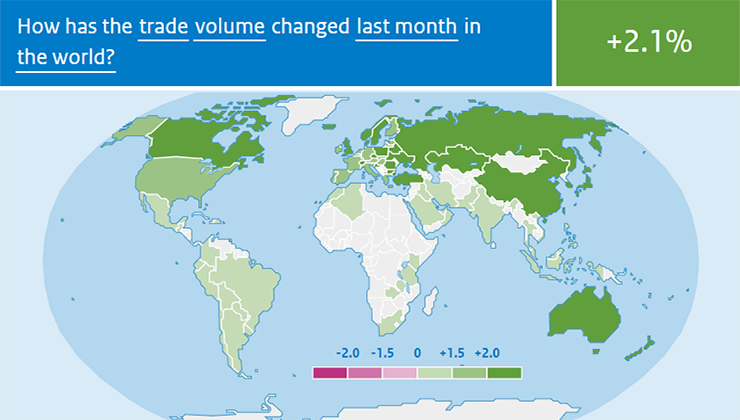