What is the economic impact of the election manifestos of political parties? In an increasing number of countries, government assessment bodies are busy calculating this impact. In the Netherlands, 4 and 5 November 2019, experiences with calculating and analysing election manifestos were exchanged in the presence of international organisations similar to CPB, politicians and journalists. 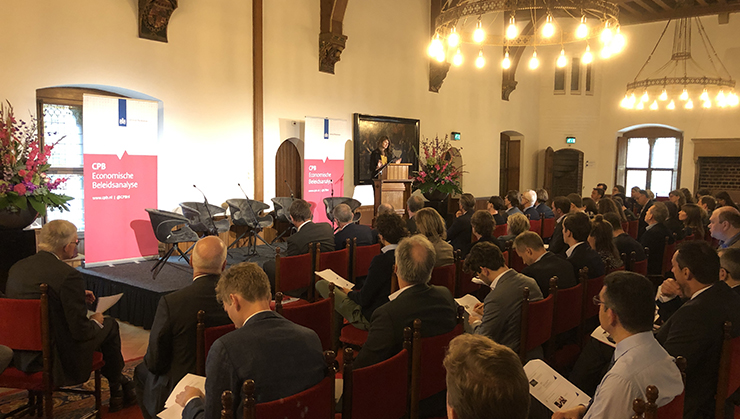 When, this year, Jason Jacques of the Canadian Parliamentary Budget Office started analysing election manifestos, he thought it was going to be a rather boring job. ‘This will only interest political parties’, he thought. ‘Then we published the results on our website and I was stunned by all the attention we received’, he said this week at the conference Election costings around the world in The Hague.

It was extensively covered in the media, and an enormous number of people responded on Twitter. The attention mainly concerned the proposed wealth tax. The effect on the political debate was positive, with less discussion about the mere figures.’ In Canada, the analysis was a first. ‘CPB was a great example to us, particularly the Charted Choices publication, which presents the analysis of election manifestos.’

Tough months
This year in Belgium, the plans of political parties were analysed for the first time, by Belgisch Federaal Planbureau, Belgium’s federal assessment agency. What would be the effect of those plans on unemployment, purchasing power and public finances, among other things? During the CPB conference, Igor Lebrun, spoke about the tough months that they had had working on the analysis. ‘Our members of parliament looked at CPB's Charted Choices. They turned the analysis of election manifestos by our assessment agency also into a statutory obligation.’

Lebrun: ‘We really had to put other tasks aside and postpone holidays. Expectations of our politicians were very high. They were comparing our work with CPB’s most recent edition of Charted Choices, rather than with the first edition in 1986 when CPB first started analysing the manifestos. But we are satisfied with the result, in the end. We received a lot of media attention, and our data were quoted often — although politicians did tend to interpret the figures to their advantage, and journalists did not always realise that. They did not always indicate that certain interpretations were incorrect.’

Level playing field
Australian Gareth Tunks, of the Australian Parliamentary Budget Office, has a little more experience with analysing the plans of political parties. Since 2012, this was done for three general elections in Australia. ‘Our analyses lead to a level playing field for government parties and opposition parties,’ according to a satisfied Tunks at the conference.

Former Dutch politician Jeroen Dijsselbloem admitted that he was not always happy with CPB's analyses of his party’s election manifesto, during the political campaign period. ‘For example, at one time, the results from CPB’s analysis enabled our opponents to confront us with the fact that our manifesto would actually reduce employment.’  He also said that assessment agencies are important allies for voters, as they provide them with honest answers from politicians.

Useful work of reference
Journalist Frank Hendrickx of the Volkskrant newspaper called Charted Choices a ‘very useful work of reference’. He said: ‘For example, I learned that a flat tax has an enormous impact on income inequality. Parties who are in favour of such a tax, I ask: “Do you accept that type of side effect?” And the SP party argued in favour of lowering the statutory retirement age. CPB's calculations showed that this concerned an income-dependent old age pension (AOW). Without their calculations, this fact would not have been immediately obvious.’