The CPB World Trade Monitor shows a historical decline in the world trade volume in April of 12.1% compared with March. Exports fell back significantly in several regions: -23% for both the eurozone and the US, -21% for Latin-America, -14% Japan, and -11% for other advanced economies. Imports declined most in Latin-America (-18%), the eurozone (-17%), the US (-11%), and other advanced economies (-15%). The growth in world trade during the months February to April compared with the preceding three months was -7.2%. None of the regions showed an increase, and the eurozone showed the most negative development (-13% exports, -11% imports). 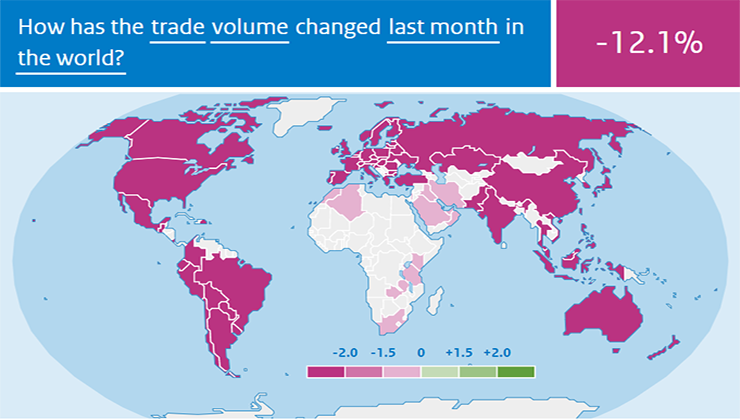