The CPB World Trade Monitor shows that the volume of world trade decreased 1.5% in February 2020, having decreased 1.4% in January (initial estimate -1.2%). Note: The CPB publishes a World Trade Monitor every month on behalf of the European Commission. It takes two months for the figures to become available. This monitor therefore does not show the current situation, but the situation in February. 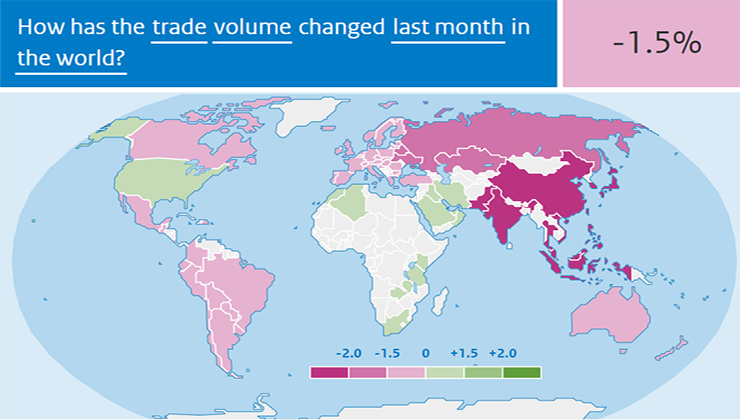 Meer toezicht nodig op omvangrijke Europese financiële instellingen, CCP’sEuropees schokfonds kan welvaart verhogen The Netherlands is an important link in the chain of diverting income flows: broader use of withholding taxes is necessary to combat international tax avoidance The effects of globalisation in the Netherlands: A theoretical and empirical surveyTrade Wars: Economic impacts of US tariff increases and retaliations, an international perspective