World trade rebounds in June with a strong catch-up growth of 7.6% compared to May. There was growth in almost all countries, except in Japan, where imports fell even further (-2.6%). Also in China and Eastern-Europe there is a fallback in exports, and in Africa and the Middle East imports and exports fell somewhat further. This brings the fall in world trade in the second quarter of 2020 to -12.5%, on top of the -2.7% in the first quarter. Industrial production also continues to recover, with 4.8% growth in June (compared to May). With this, global production is still 8% lower than at the end of last year. 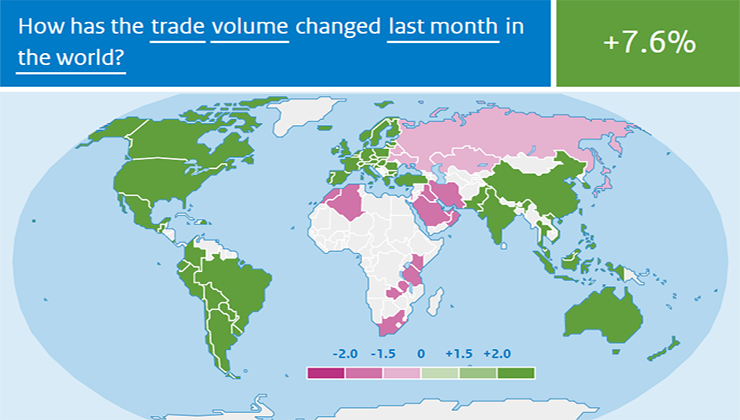