Homeowners have easier and cheaper access to business credit

Banks often demand collateral for business loans. Apart from business assets, for many small entrepreneurs their own home is the most important security they can offer. The interaction between the housing market and entrepreneurial credit can therefore amplify the consequences of an economic crisis. Because of declining collateral values, the probability of obtaining credit could be lower, making it more difficult to finance entrepreneurial activities. 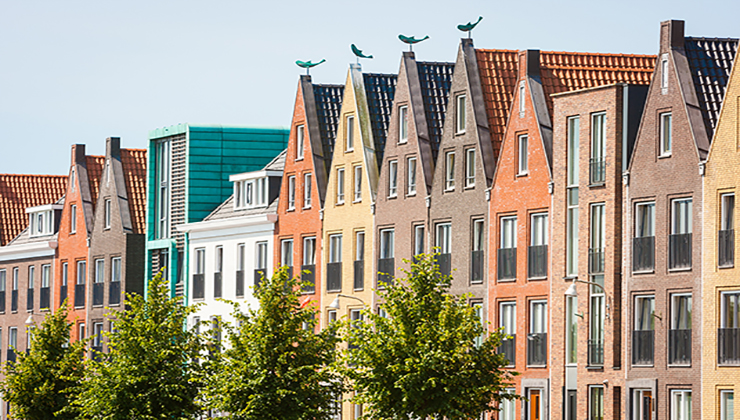 Between 2008 and 2013, real house prices declined by nearly 25 percent in the Netherlands. Such a decline in house prices can amplify the effect of an economic crisis via the credit channel for small entrepreneurs. In the economic literature this effect is known as collateral lending channel. In this study we answer three questions: 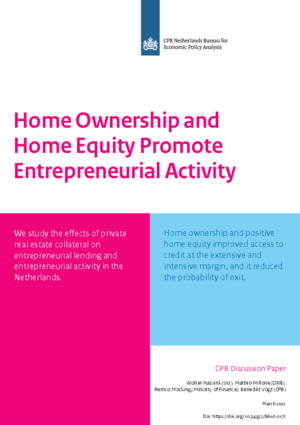 Our analysis shows, that the collateral channel played a role for small companies in the Netherlands. Across the board, entrepreneurs have less outstanding bank credit on their balance sheets since the start of the crisis in 2008. However, there is heterogeneity in the effect. The decrease in the probability for having outstanding bank credit is 4% points less for entrepreneurs that are homeowners, with a lower mortgage debt relative to the value of their house (loan-to-value ratio, LTV), than for those that are renters.

We only find weak evidence for a relationship between entrepreneurial exits and the housing market status. Though again, a lower mortgage debt is associated with a lower probability to exit during the economic crisis.

We arrive at these conclusions by making use of administrative panel data from Statistics Netherlands from all sole-proprietors in the Netherlands in the 2007-2013 period. The data contains balance sheet information, such as outstanding bank credit and cost of credit. We match this dataset with household level data on housing market status, mortgage debt, income and family status of the entrepreneurs. We make use of panel data estimations with multidimensional fixed effects. In a first step we compare, within the group of home owners, entrepreneurs who differ with regard to their LTV. In a second step we compare homeowners with differing LTVs with renting entrepreneurs. The underlying idea is that, both groups experienced the same decline on the product side, but only home owners experienced a decrease in their private real estate collateral. With this comparison we can control to what extent our results are driven by less credit demand due to a decrease in collateral.

This research is an update of an earlier published discussion paper in 2017. We added new data and refined the analyses.