Press release
The positive economic development in the Netherlands is continuing. The slight setback during the first quarter is expected to be only temporary, although the period of peak economic growth is probably behind us. The Dutch economy is benefiting from the excellent growth in world trade and domestic dynamics, but political risks have increased on an international level. Political developments in Italy and around the Brexit have their immediate effect on the Dutch economy, as does the developing conflict with the United States over international trade. The trade restrictions implemented to date will lead to sectoral adjustments, although the impact on global growth levels is only negligible. However, escalation could have far-reaching consequences and may lead to substantial long-term GDP losses. This is concluded by CPB Netherlands Bureau for Economic Policy Analysis in its recently published June Projections. 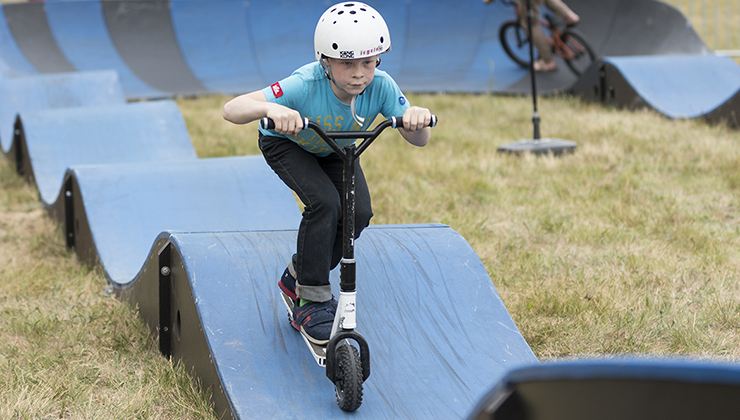 Unemployment is decreasing further, to its lowest level since 2001. The economic boom involves a strong increase in employment, which in turn causes a sharp decline in unemployment. Labour market shortages and higher inflation are causing a rise in contract wage increases. Higher oil prices and higher indirect taxation, in addition to the rising wage costs, all contribute to the increase in inflation. The government continues to have a budget surplus.

The solid line represents data realizations (2013-2017) and the KMEV 2019 point forecasts for 2018 and 2019. Around the central path the figures present a fan of confidence intervals: 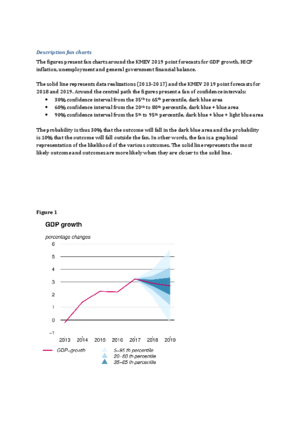 Trade Wars: Economic impacts of US tariff increases and retaliations, an international perspective

"Effect trade conflict limited, escalation only has losers". This background document provides information on the economic consequences of the current trade dispute between the US and several countries that announced retaliatory packages or filed them already with the WTO. To this end, we also look at the consequences for sectors, and analyze this from an international perspective. We also used the announced rates by the US and the rates reported in the retaliatory packages to simulate the economic outcome with the CPB trading model called WorldScan covering the world.

UPDATE  19 November 2018
This improved version of this Background Document includes textual improvements, more details on simulation results in the appendix, and an extra trade-war scenario with only tariffs between the USA and the EU. These changes have no consequences for the analysis or conclusions presented in the report. The original version is available from the authors.

The economic effects of this trade conflict are limited, with the exception of a number of sectors in China and the US. The Chinese GDP loss will eventually increase to 1.2% of GDP. The GDP loss for the US will be limited to 0.3% due to the market power that they have. Other countries, including the EU, will even benefit from reduced trade between the US and China, Canada and Mexico. However, the EU benefit will evaporate when the US decides to also levy import tariffs on cars. At the sector level, the trade conflict will lead to significant shifts, especially in the US and China. These shifts concern sectors like the 'electronic equipment sector' , 'other machine equipment' and agriculture.

However, a full blown escalation of the trade conflict to a trade war only has losers. Illustrative simulations show this, with both the US and its trading partners increasing the tariffs on all imports. In that case strong effects will occur at modest levels of the tariffs. At higher rates the loss will continue to rise, but less quickly, because all sectors are already being priced out of the market. For the US it is crucial how many countries they involve in this trade war. The loss is particularly strong when the conflict is extended to 'other OECD countries', including Canada and Mexico. Anyway, China will most significantly be hurt by a trade war.

In January 2018, the US announced higher trade tariffs on solar panels that are imported mainly from China. They then announced in March 2018 that they would increase trade tariffs on steel and aluminum, including for the EU and NAFTA countries. On May 2, 2018, the US took a step back by relieving a number of countries of the steel and aluminum levies, namely South Korea, Australia, Brazil, and Argentina. In response to higher tariffs, China, the EU, Canada and Mexico filed a retaliatory package with the WTO. But the US also announced rates for other Chinese products in early April 2018. Immediately after that, China reacted again with the publication of a list of goods with a 25% tariff on the application. 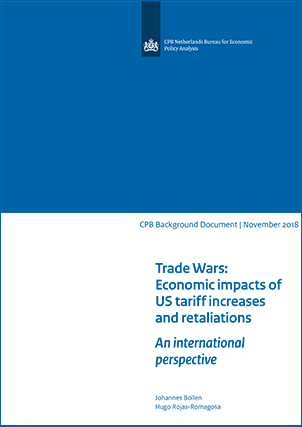 The positive economic development in the Netherlands is continuing. The slight setback during the first quarter is expected to be only temporary, although the period of peak economic growth is probably behind us. The Dutch economy is benefiting from the excellent growth in world trade and domestic dynamics, but political risks have increased on an international level. 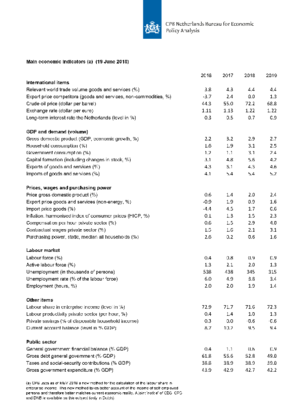 (a) CPB uses as of MEV 2019 a new method for the calculation of the labour share in enterprise income. This new method takes better account of the income of self-employed persons and therefore better matches current economic reality. A joint 'notitie' of CBS, CPB and DNB is available on this subject (only in Dutch).