Offshore Tax Evasion and Wealth Inequality: Evidence from a Tax Amnesty in the Netherlands

As long as there have been taxes, people have tried to avoid and evade them. Interest in these phenomena has been fueled by the effects on public revenues, as well as on the distribution of wealth and income. One prominent example of tax evasion is the hiding of wealth and income in tax havens. According to estimates by Zucman (2013), 8% of global financial wealth, or $5.9 trillion, is held in tax havens. During the global financial crisis of the late 2000s, the G20 countries vowed to tackle offshore tax evasion and proclaimed the end of the “era of banking secrecy”. In recent years, leaks containing confidential information from financial institutions as well as academic research investigating leaks and tax amnesties have confirmed the popular narrative that tax evasion is concentrated among the wealthiest in society (Alstadsæter, Johannesen and Zucman, 2018, 2019). This does not only affect public revenues, but also the measurement of wealth and income inequality.

We use unique microdata to study tax evasion in the Netherlands. We have received data on over 27,000 participants to the Dutch tax amnesty between the years 2002 and 2018. In addition, we have data on households who appeared in recent information requests to 4 different Swiss banks. We link these data to administrative data on income, wealth, and demographics covering the entire Dutch population. 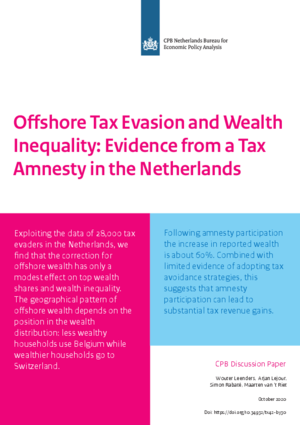 We provide two sets of results. First, we provide a new estimate of the wealth distribution in the Netherlands by correcting for wealth hidden offshore, as done by Alstadsæter, Johannesen and Zucman (2019) for Scandinavian countries. While evasion is concentrated at the top, the correction for hidden offshore wealth is small. This can be explained by the fact that the richest households own a relatively small share of wealth declared through the amnesty: the top 0.01% owns 7% of amnesty wealth, compared to 48% in the case of Norway. The hidden wealth discovered through the information request to Swiss banks is even less concentrated.

Second, we investigate whether the voluntary compliance through participation in the amnesty increases tax revenues in the longer term. Like Alstadsæter, Johannesen and Zucman (2018), we find a strong and sustainable effect on declared wealth with evidence of only a moderate substitution towards avoidance techniques in later years. This implies that the increase in compliance through the amnesty program leads to a structural increase in tax revenues. The increase in compliance is strongly related to changes in the penalty rate: amnesty participation peaks each time the penalty rate increases, in particular when it increases from 0%. 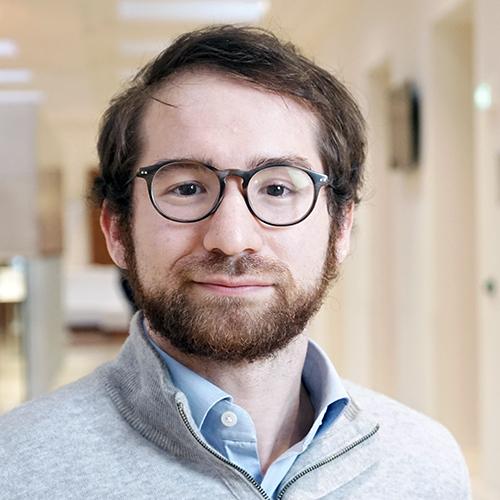 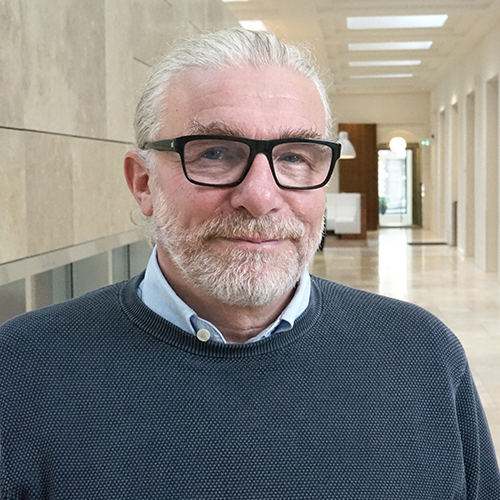