World trade volume is 0.5% higher in April compared to March. Exports increased mainly in China (+3.8%), other emerging Asia (+4.5%), and Japan (+2.5%), while exports in other developed Asia and Latin America contracted (-4.4%; -3.2% respectively). Imports also rose sharply in China (+4.6%), Japan (+9.1%), other developed Asia (+3.6%), while Latin America shows a contraction of 8.5% in imports. Trade in the US and the Eurozone hasn't changed much. The momentum of world trade is 3.1%, with China and other emerging Asia as positive outliers. Global industrial production increased 0.2% in April compared to March, and the momentum stands at 1.8%, mainly driven by growth in China, Japan and other developed Asia. 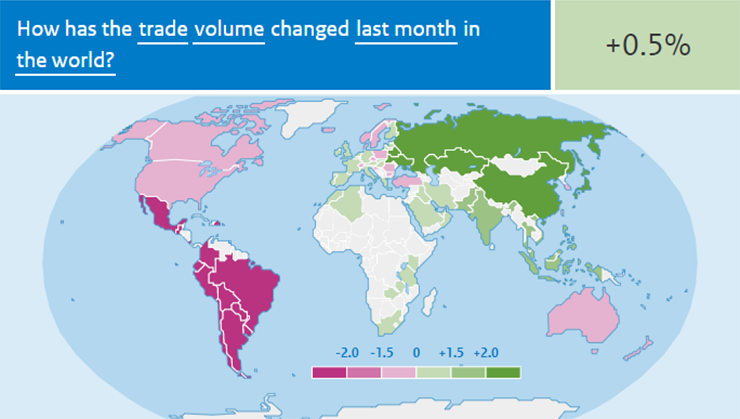