World merchandise trade continued to grow in January 2021, with 2.6% compared to December 2020, leading to the highest level of world trade since October 2018. The growth can be explained for a large part by growth of imports and exports in China and developed Asia. Trade showed little growth in the United States, the Euro area and emerging Asia (China excluded). 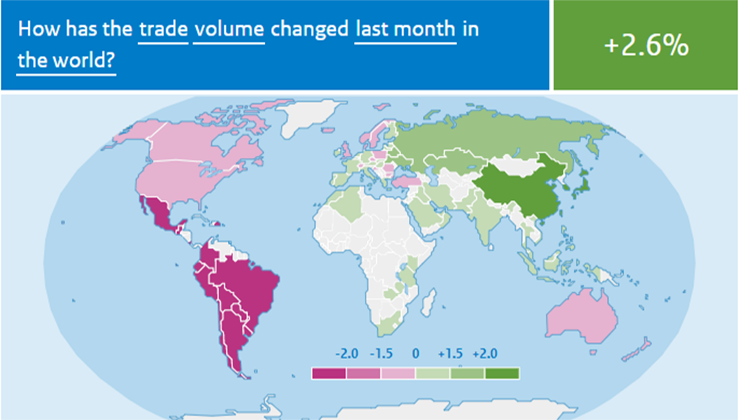