The world trade volume in goods has increased again, by +2.2% compared to February, following +0.1% the month before. This brings the quarterly growth to +3.5%. On the import side, the increase is greater (3.5%) than the export side (0.9%). This rise in imports is being driven by the emerging economies and, to a slightly lesser extent, by the developed economies. On the export side, we see growth for the developed economies, with peaks in the UK, the US and Latin America, but a decline for emerging economies, which is mainly driven by China. 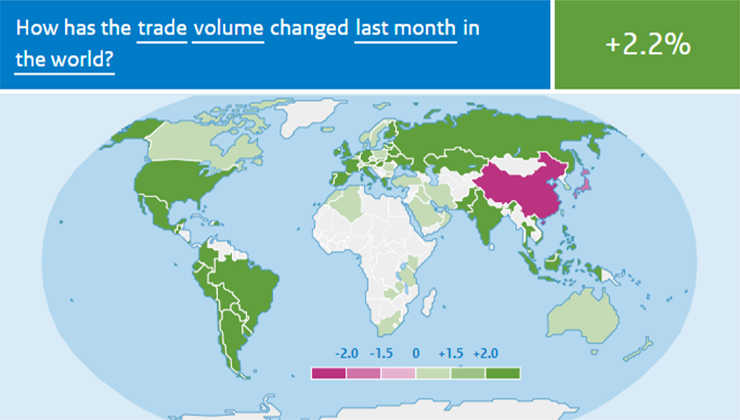