Press release
Dutch economic growth will decline, due to the ill wind sweeping in from abroad. Unemployment will reach its lowest level in 2019 and will continue to be exceptionally low in 2020. Purchasing power will see a positive development in 2020, due to increases in real wages and, to a lesser extent, policy measures. Although there will still be a government budget surplus, it will not be as large. These are conclusions in CPB’s August Projections 2020 (concept Macro Economic Outlook 2020; cMEV), as published today. 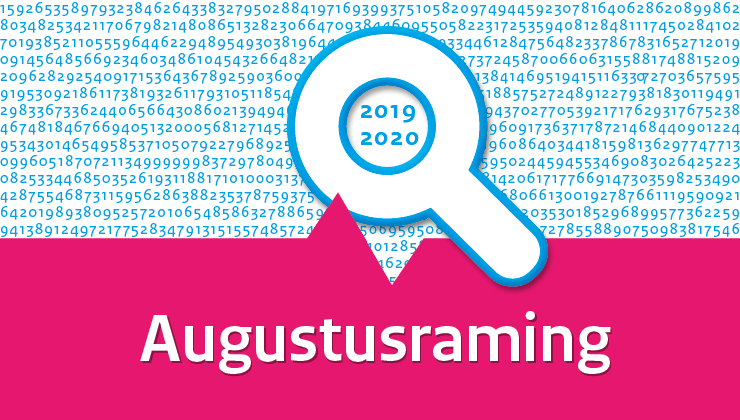 These projections are the Cabinet’s starting point for the concluding decision-making process about the draft budget 2020, including next year’s purchasing power. On Prinsjesdag (the day of the King's Speech in which the main features of government policy for the coming parliamentary session are announced; this year on 17 September), CPB’s Macro Economic Outlook 2020 (MEV) will be published, including an explanation of the projections and a detailed analysis of the Dutch economic situation.

CPB’s Director, Laura van Geest, states: ‘The economic turning point is behind us. The pace is slowing down. Unemployment will remain low, but employment growth will level off, substantially — in particular in the market sector. The Dutch economy is driven predominately by domestic spending, exports are affected by the fall out from developments in other countries.”

The substantial downward economic risks have increased further. US trade policy and the responses to this policy, the growing possibility of a chaotic Brexit, and the political developments in Italy are all significant threats to the Dutch economy.

The way the detailed figures on purchasing power are presented has changed. These August Projections for the year 2019 are presented in both the old and the new way (see downloads below).

The Dutch Cabinet uses the cMEV as a basis for its August decisions on next year’s purchasing power. On 17 September 2019, the day of the King's Speech in which the main features of government policy for the coming parliamentary session are announced ("Prinsjesdag"), the Macro Economic Outlook 2020 (MEV) will be published, containing the final projections and their explanation, as well as a detailed analysis of the Dutch economic situation. 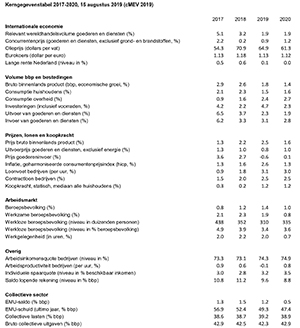