In October 2020, world trade grew again by 0.7% compared to September 2020. Due to continued growth in world trade since June, trade growth is still about 0.7% below the level at the end of 2019. The growth in October is, however, a lot lower than in September, when world trade increased by 2.7%. The months of November and December, which saw a rapid spread of COVID-19, can still have a negative impact on world trade, but the CPB has no data on this yet. 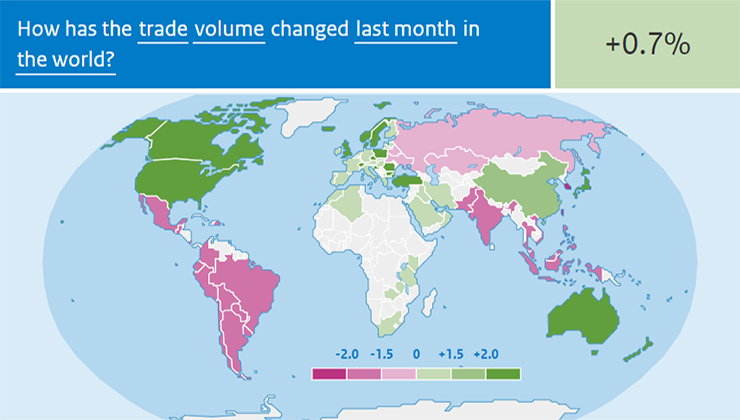