We propose a model-based method to estimate a unique financial cycle based on a rank-restricted multivariate state-space model. This permits us to use mixed-frequency data, allowing for longer sample periods. In our model the financial cycle dynamics are captured by an unobserved trigonometric cycle component. → 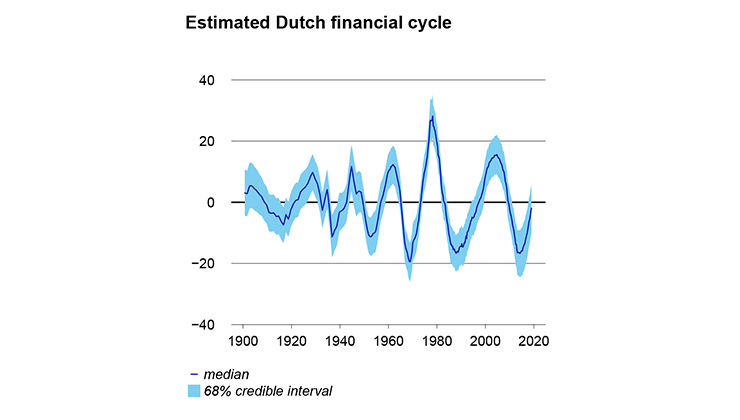 Are the savings of Dutch households optimal?

Dutch households (implicitly) have an unusual mix of assets. Particularly their high level of mortgage debts and pension entitlements stand out in an international context. In this paper we examine how Dutch household wealth compares to the theoretically optimum. In general we find that Dutch households do not  save too much. At retirement age, the median optimum assets are roughly the same as the median observed net assets of Dutch households. However  the differences between households can be substantial. in particular have more assets than is optimal according to the model. Their observed wealth remains constant or sometimes even increases after retirement. → 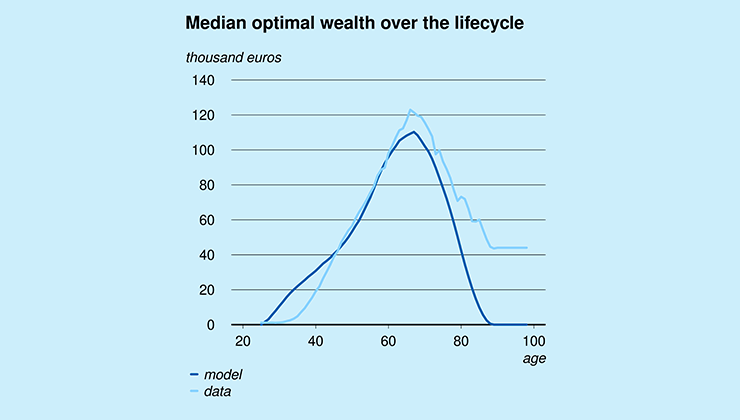 Estimates of the Financial Cycle for Advanced Economies

Until recently, macroeconomic theory provided at most a small role for the financial system to influence the real economy. This changed with the collapse of Lehman Brothers in 2008 and the financial crisis which followed. Financial quantities such as outstanding credit and house prices are now believed to have real macroeconomic effects. In order to study these effects we need to quantify the influence of the financial system. The financial cycle, characterized by long period cyclical movements in financial variables, may provide such a measure. →

Estimating the Impact of the Financial Cycle on Fiscal Policy

We investigate the impact of the financial cycle on the effectiveness of fiscal policy. →

Productivity Slowdown - Evidence for the Netherlands

This paper analyses how The Netherlands compares to other countries in terms of the productivity slowdown. It also includes a comparison of different sectors and tests possible explanatory variables. →

We re-estimate the effects of systemic banking crises in industrialised countries reported by Cerra and Saxena with a model that includes transitory business cycle shocks. →